Where to eat in Curitiba Market

One of the mandatory stops in Curitiba (and, if we were to listen to all the guides, now in any city in the world) is the National Market. If you go to there, take advantage to go at lunchtime. You can choose from several options, from Mister Dea buffet (menu R $ 12.50) to Thai Box. But our favorite Japanese Fujii. To be in Brazil and a daily market, salmon and tuna give the trick. 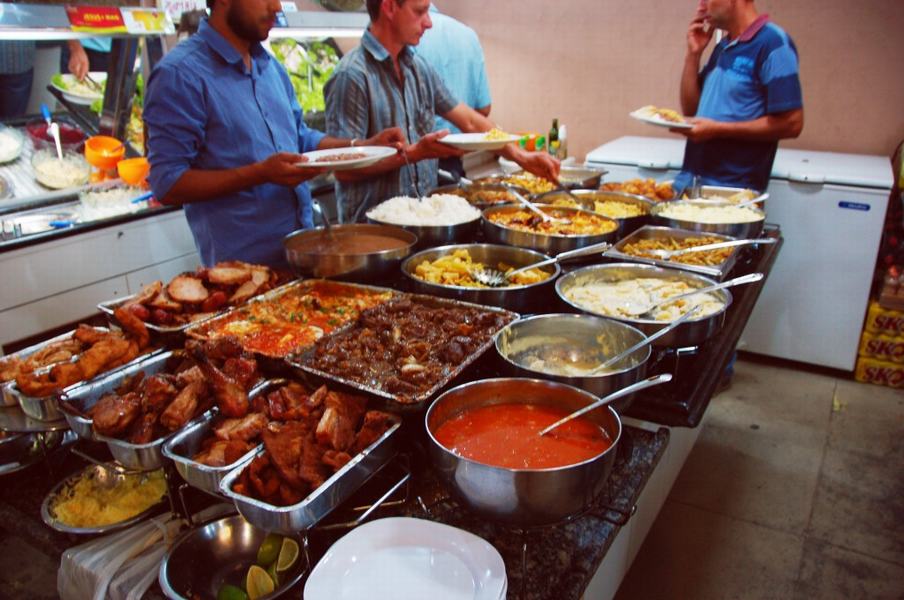 Where to eat “the best burger in the world” in Curitiba

Junior Durski, Curitiba star chef, and owner of the most expensive restaurant in the city. And the major hamburger chain, Madero. And the fame has gone to his head a bit because there cut hair to announce their burgers as “the best burger in the world”. And, man, not bad but just has been a couple of people … Of course, if you’re a couple of days in Curitiba worth going. Although to later say there was no deal!

The most famous restaurant in Curitiba

The most famous restaurant in Curitiba and according to them, the largest in the world! Just for this one and would not want to go … but they were all so heavy that we could not go, that we went. It’s in the Santa Felicidade, that when you talk about it, between what you have and the name, I can imagine a nice neighborhood, on a small hill, with beautiful houses and pedestrian streets. None of this. A street that almost looks like a highway restaurant atrocities on either side competing to see who makes it fatter.

The “new” Madolosso looks like a Las Vegas casino, so best we recommend the “velho” which is right in front. But if you want to FEEL may cast a few laughs and you’re on a middling macroboda not cortéis and to the casino!

In any case, the two sites will eat the same. It is the typical Brazilian restaurant “Rodizio”. They are free bar food, the cheapest with self-service buffets and more expensive (so to speak, because the price is very economical and more thinking about what you are eating …) they will serve in the same table. Madolosso is the latter. Pasta, meat, salads, itchy bites, so much food … in the end you do not know where to put the fork. And above, if you have a craving, you asked to not be the first time I cooked for someone!

Just do not expect you the best quality in the world but it’s not bad! Among so many things like chicken wings will go unnoticed, so I better warn you that is most good!

And to drink, if you still have it in the letter, do not fail to ask the red Ikella. An Argentine cabernet sauvignon Parker loved … and us!

If you like the subject of repeated rodizios and want another alternative is Batel Grill, Av Nossa Senhora Aparecida 78 (before Rua Teixeira Soares). Not as famous as the Madolosso, but according to many about the same height.

More elegant than Bresser Mercearia but not as cozy, pizzeria Avenida Paulista is one of the hot spots in Curitiba. The impeccable service, while you sit in a restaurant of 5 forks. Do not forget to try some pasta because the sauces are delicious (especially the Fettuccine Funghi year), that it is impossible to be al dente, either here or in Brazil.

Meanwhile pizza taste will be spoiled for choice but we recommend the Margarita DOC, simple but tasty.

The good thing, comparing with the pizzeria Bresser, is that if you are in a hotel in the middle, you can walk without taking a taxi.

Where to drink in Curitiba

From the Bar do Alemao to any deck that you may find in the Rua dos Santos Claudino. This is the most lively Rua Curitiba all night. And on top in the center. Perfect if you sleep around here, and if not well because right in front of the cathedral have a taxi stand.

Our favorite of Holmes’ Pub on the corner, but the beers are just as cold in every bar! 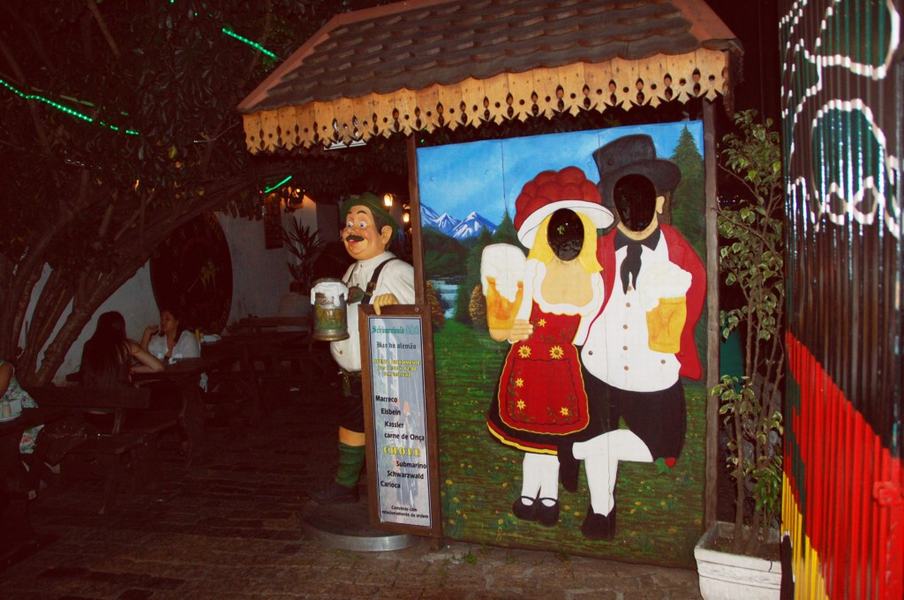 Where to dine on a terrace in Curitiba

With all well placed restaurants in Curitiba, one ends up wanting to just sit on a terrace to enjoy a cold beer. If you ask the better, you may tell the German Tavern, behind the cathedral. Do not even think, unless you want to get drunk before drinking. Just the smell of the wet wood with alcohol can destroy you…

Instead, a little above the street on the right, find an elevated terrace. This is “the place to be”. This rua is the liveliest of all Curitiba and that’s saying a lot, but in The Farm you can drink and eat taste even better. If you are a number, do not miss the “petisco The Farm”, a dish to nibble and share with beef, ribs, etc … and chips. And if you want something more, the mignon stroganoff is to drink the sauce!

To drink, if you will last night, ask for a bucket of beers. So now you will be a real curitibenses!

Other recommended restaurants in Spain

Where to eat pizza in Curitiba

Although few people know Curitiba, it is not a small town but quite the opposite. It is a fantastic city, safe, clean, tidy, with a museum of Contemporary Art designed by renowned architect Oscar Niemeyer (“Eye”), a great theater, gorgeus botanical gardens and many parks.

Amongst all these tourist visits, its restaurants do not clash at all, quite the opposite. Prices can become exorbitant sometimes, that’s true, but food is great, service is always impeccable, and design is enviable.

The Mercearia Bresser is a perfect example of this. Although it is a pizzeria, the design is like a big kitchen with antique touches, from the outside you can see their spotless kitchen, the service is fantastic (they only have the menu in Portuguese, but if you have any doubt about an ingredient or plate, they bring a sample of it to your table), pizzas are first class and prices are European.

If you ask for a large pizza, you can always choose two flavors (paying the most expensive, of course). Here or elsewhere, try someday Catupiry pizza, which contains this creamy cheese “registered” in Brazil. And do not miss their Mozzarella di Buffala! If you like to try new beers, here you can take the special Chop Brahma.