Ideal to relax in the afternoon and eat something like a snack with a hot chocolate. It’s really thick so do not be tempted by the cakes. With a cup of “cokoláda” will have more than enough (CZK 59 to 2.5 €). More if you ask for a bit of cream above (CZK 69-3 €). 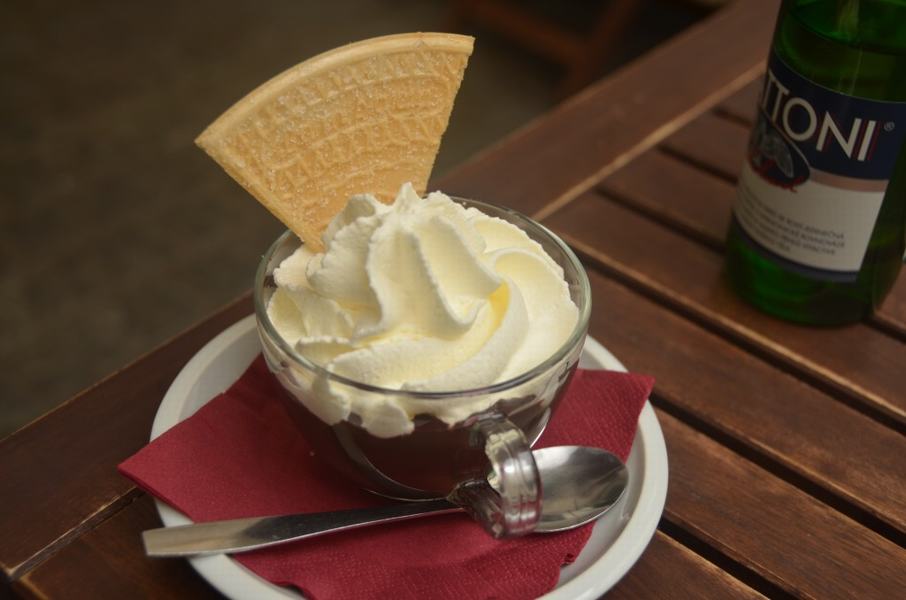 It does not look Italian and in fact it is not. But their pastas are for dipping bread. Not enough to say they are the best penne in the world, but enough to sit if you are in the neighborhood behind the museum and station, near the Plaza de Miru.

If you ask people here for some area restaurants and bars will tell Three: bars and pubs in Milady Horákové (the street behind Letná Park, north of Prague), more bars per Zizkov (to the east) and Korunní restaurants down the street. The latter made ​​us all. And parallel streets. And a little more … And we’re still looking for those trendy cafes and restaurants. It is true that if you come to the TV tower, will go find some bars and restaurants but are too far apart from each other as to call it “restaurant”. Stop and inn in the can do Sokolovna (Slezska 22) for a beer always good atmosphere, but if you stay at the beginning, at the junction with Rumunska Tylovo find the Matylda as we said before. On its terrace half are tourists sent by the hotel which is two portals and half local. 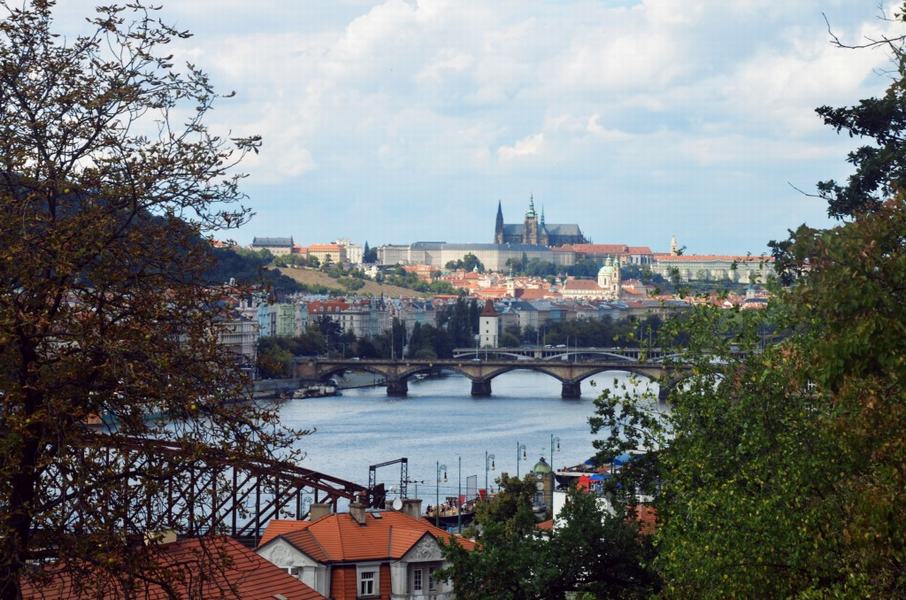 Where to eat in Kampa island in Prague

If your hotel is in the area of Mala Strana and you’re too lazy to cross the Charles Bridge, you have three options: put you pants tweezers and go away to get robbed the portfolio to restaurants overlooking the river, go to the Café de Paris which we discussed in another post or, if you have no desire to talk with any waiter, throw yourself on the Kampa island. Pass under the bridge and you’lll be in it. There you will find a mini food-court with three or four things typical of the Czechs. Their sausages, parma your ham (nothing to do with the authentic but tasty), potato salad, cinnamon roll cake (trdlink), etc … And for his alleged beer. And wooden benches for you to sit without problems. Four crowns and you have already eaten. 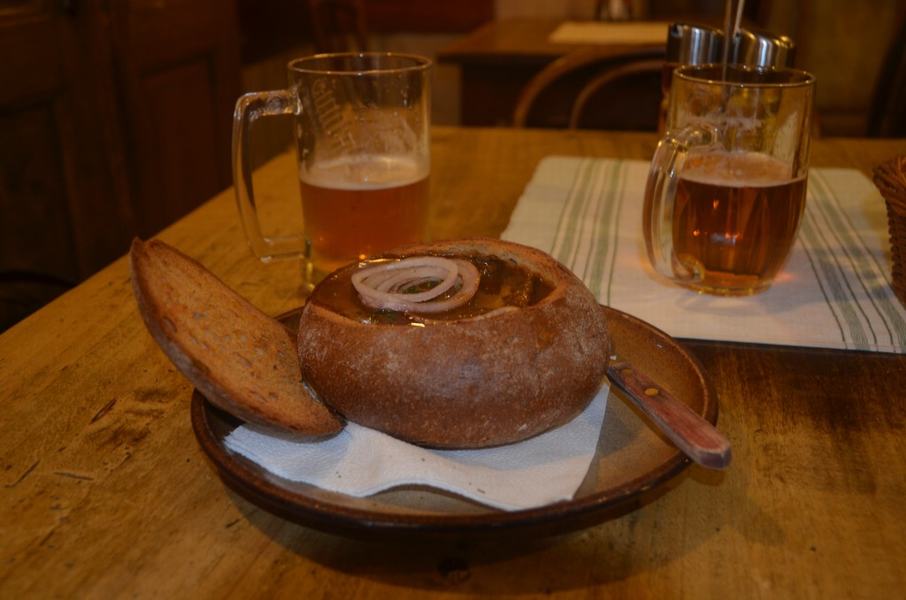 As a German beergarden, is a good place to have a beer and relax the ass on a terrace around the castle (if you had walked from the left). You will be surrounded by a mix of locals and tourists while waiters seem fresh from the typical lifetime bar. Of those coming your beer without looking and take note before you start talking, as if he knew what was going to ask. Here the beers and laughter are alike, and is 1.6 euros a pint of blonde that is. If you are tempted to order something to eat, keep you from your crown. Not that you go to eat much better than other restaurants, but we are going to recommend a site where you won’t be able to finish the dishes … But if you want anyway, the most famous dish is the roasted pork. 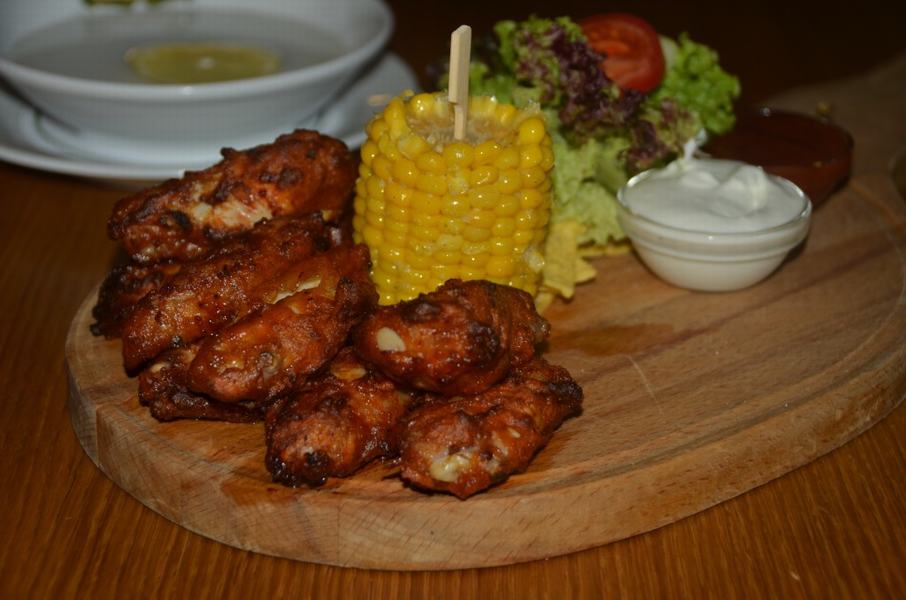 If you have the bad luck that you play the bartender or the entrecote edge is smaller than it already or sauce usually has left them with less flavor than usual, so you may go all happy. The chips will like, you will love the sunroom and the account will surprise you even more, positively clear. The truth is that you will get lazy but for the area of Mala Strana (Prague Castle below) is one of the best options. 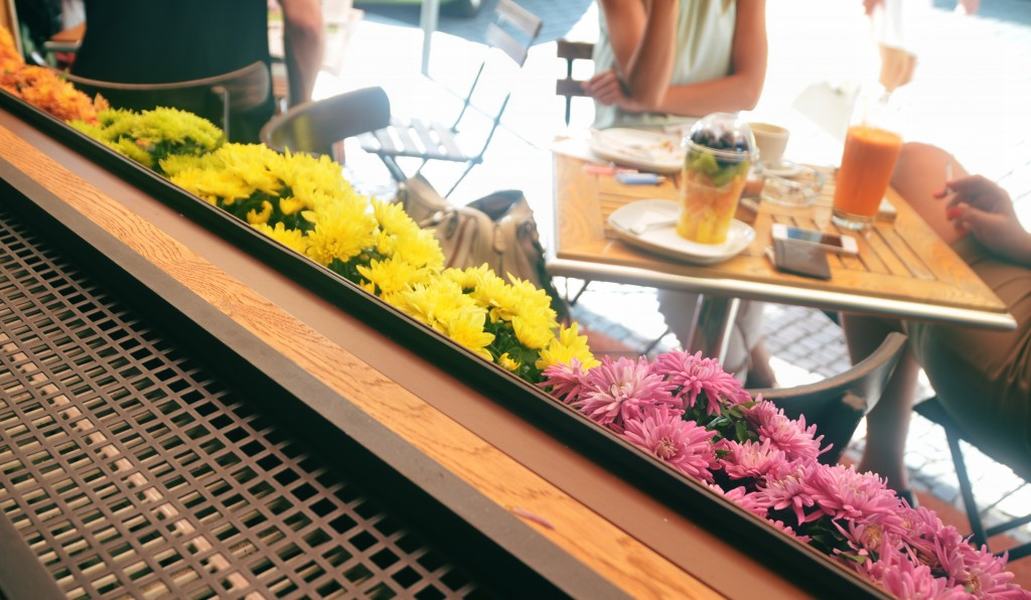 If you go down to the Prague Castle on the right (looking at the city from above), on the same street where you shall go up, make 180 degree and you will find the U Zavesenyho café. It’s actually in the street that climbs, Uvoz, a little above. Zero pretentious but tastefully decorated and detail, it is a good site with fewer tourists than usual to relax with a beer, a bite to eat something even if you fancy. If instead you go down the castle on the other hand, in another post we recommend where to relax. 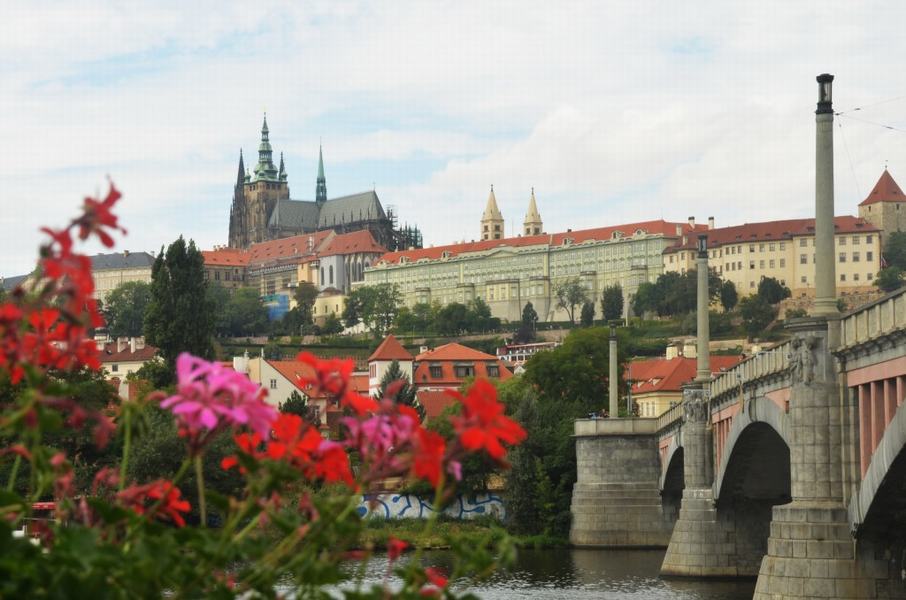 If the Petrin funicular back you pull the hungry, you can always make a lasagna in this Italian with a terrace step more than enough to rest your legs. The pizzas better let another day because they are well worth. A couple of streets have the Café de Paris is best option, although sunroom worth it for the night, so you have a romantic. 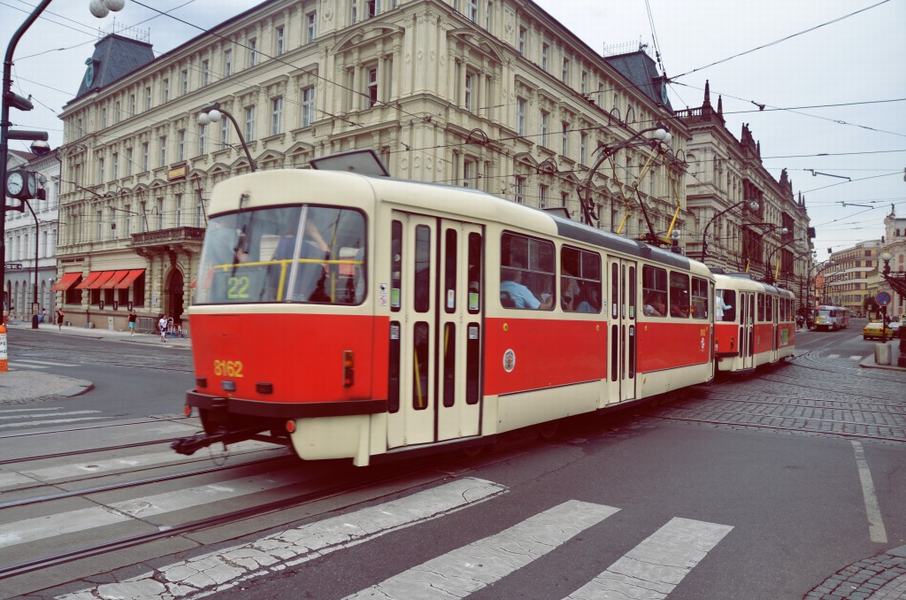 (in the same plaza Revolution, at the beginning of the street of the same name, on the left if you look towards the bridge at the end, there is an entrance to a passage just to the right of a corner pizzeria. Enter, turn right and a few meters on the left you will see an entry for the Top Bingo Casino Games. throw yourself into and left is a staircase leading up to the Limonádový Joe)

The beer is not as cheap as you will in other bars in Prague, but is the minimum price to get rid of tourists and be in a 100% local bar. Although more than bar is a former cinema converted to mini hall. Although if you go early (after 19 or 20 h) you can even dine while some pasta dish begins to animate it. A few rows of old armchairs, modern projector film serves Czech and old movies showing a courtyard with no roof to see the stars if you get tired of drinking beer.

An ideal place for those who have no desire to get into the hotel after dinner and diambular are sick of tourists away from the center. 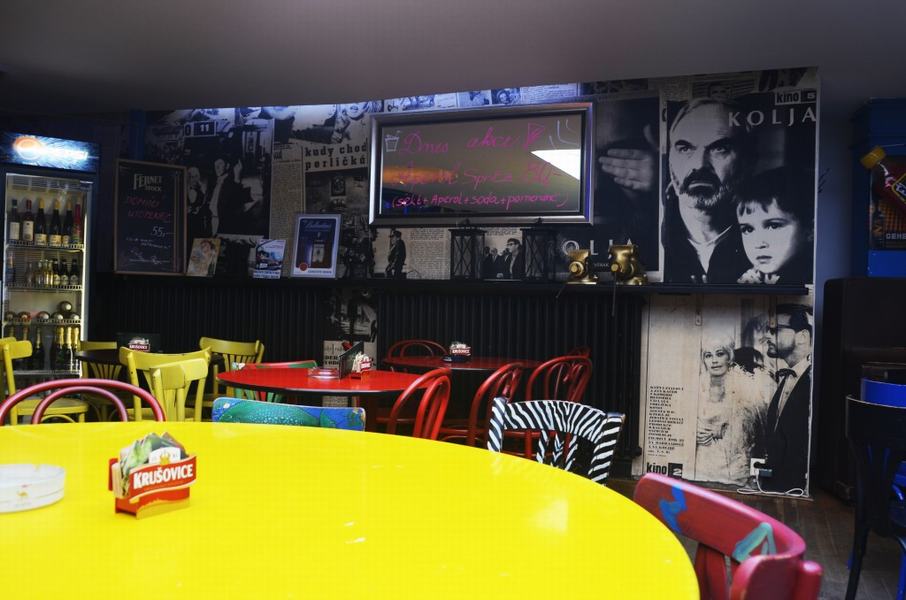 Restaurant with best views in Prague

Manesuv most (on the right bank of the river, at the bridge over the Charles)

On a platform like a boat moored to dock, the Grosseto Marina pizzeria restaurant is the best views in Prague. From one of his two or three terraces or flight will see both the Prague Castle and the Charles Bridge. While you will be surrounded by tourists, even the people of Prague known to be the best place for dinner typical Saturday when one is of city-break. If you have not passed or call to book, best do not come before nine. After that time, the wait at most be 20 or 30 minutes, a short time if you become a sparkling Italian white (CZK 59 to 2.5 €) from the mini balcony with prime views.

While the pasta portions are small and when they arrive at the table will seem reheated food, not bad (and thinking that the diet goes for CZK 170-250, € 7-8). Even some are to repeat as the funghi e pancetta tagliatelle and ravioli salmon). But if you go hungry, ask you a pizza or calzone. Those that are out of the plate. To drink or what you think: carafe of house wine merlot (CZK 140-6 € a pint). 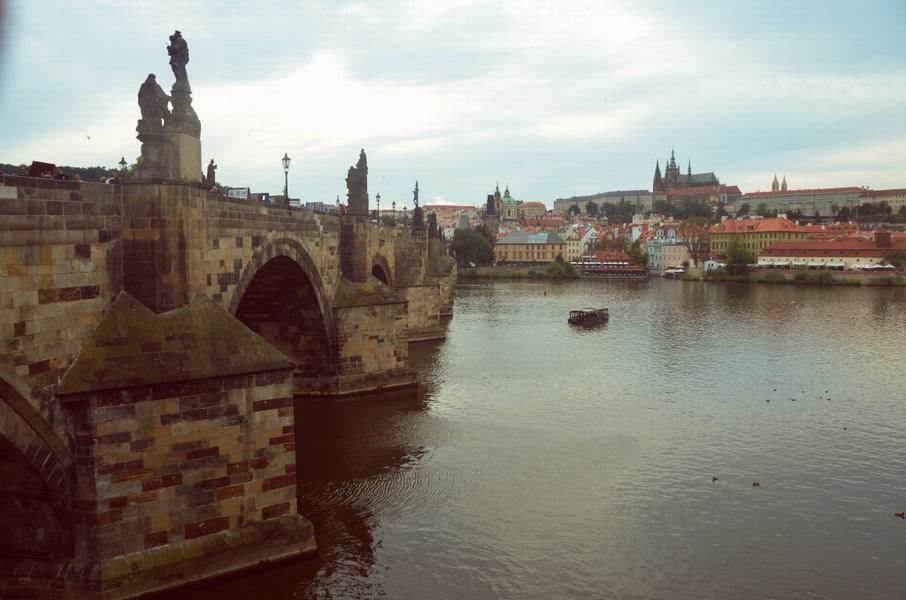 The best brewery in Praga

Prague is the city of beer and micro-brewerys (breweries that produce their own beer). The most famous of the local people are far from the center, such as the U Veverky where you can test your Svickova typical, but it does not take too long to get there because, as many have made it their business, in the middle there are also good choices.

In all the guides it will leave the U Fleků, the most famous of his street brewerys Kremencova 1651-1611. If you love dark beer, specialty, surely you will have curiosity to go. But if not, or what you think. Not only is through streets that have no interest but no longer a “tourist trap” first. If even so you are curious, watch the shots (the house never invited to anything …) and with the caps (assail a beer, make your photo wisely to get away long tables and elsewhere!).

Although much less famous than the U Fleků, I also counted from Lokals breweries. Neither case, however much they are of a famous local businessman, are more a production line not a nice place to take a “pivo” cold. In contrast, embroider it Kolkovna chain. Besides the Czechs always dishes (goulash and other things), have some chicken wings of death (CZK 179-7 €). Or the steak tartar. It is true that beer is not his, but who cares if it is cold! In addition, its original site, the Kolkovne street has a row of tables on the terrace especially nice. Right next to the center, seems to be a stronghold without noise, no tourists crawling. 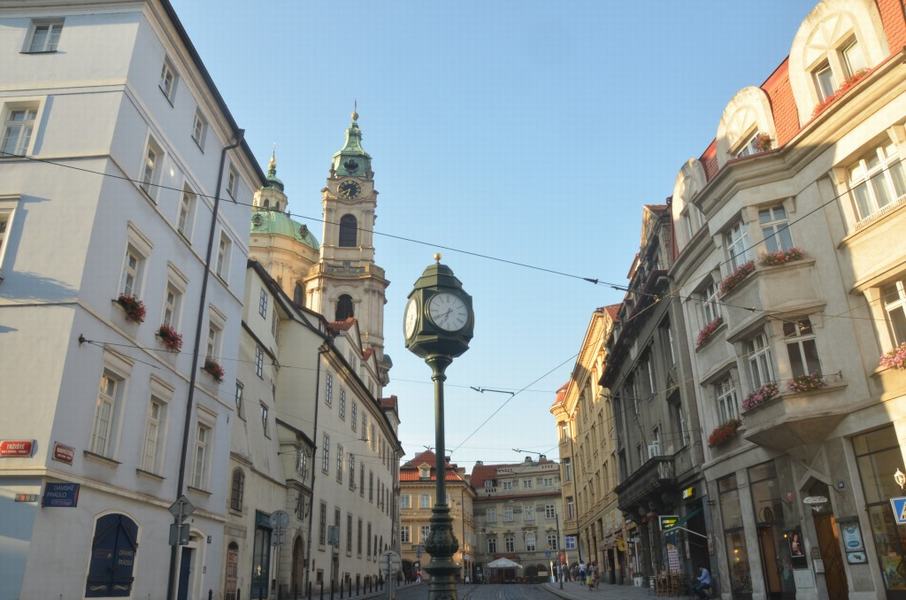