How to get around Australia

How to get around Australia:

Throughout the route, everyday we indicate what mode of transportation is required, where to book it, etc. In any event, to give you a general idea, here is a summary of how to get around Australia.

Australia is enormous. More often than not, flying is the best way to get from one place to the other. The main airline companies that operate between major Australian cities are:

There are also regional airlines such as Rex Regional Express, which operates in New South Wales, South Australia, Tasmania and Victoria, and Air North, which operates in the Northern Territory. All have good rates and offers for domestic flights.

The best search engine to choose your flights is Momondo.

For some sections we recommend travelling by car, though be prepared for long trips and driving on two-lane roads (highways are scarce).

It's always a good idea to rent a car with the option of picking it up in one city and returning it in another. There is a charge for this but it saves a lot of time. Most international companies operate in Australia. Rentalcars.com is a car rental metasearch engine that will tell you which companies have the best offer at the moment. When your travel date approaches, check also Transfercarus.com.au, as you can get the car for free! This site organizes rental car realocations by users: if it happens that some agency has to realocate one of his rental cars coinciding with your pickup and dropoff cities, they will rent you the car for almost nothing.

Remember that in Australia they drive on the left (the steering wheel is on the right!). The roads are in good shape, though during the rainy season you might want to rent a 4x4 in some areas.

The speed limit is 59km/hr (31mph) in cities and towns and 110km/h (50-68mph) on regional roads and highways. There are police and radar everywhere, so it's best not to speed (the tickets are sent to your house in the mail!).

To rent a car in Australia and operate it without any worries, you'll need a driver's license from your own country and an International Driving Permit. Apply for the latter at least 4 weeks in advance at the General Directorate of Traffic where you live or through an automotive and drivers association in your country.

To make driving easier, we recommend using a GPS navigational system, which you can bring with you from home (don't forget to download maps of Australia) or rent along with the car (though it ends up being cheaper if you buy one, and also you'll be able to use it on future trips. You can often find second-hand GPS devices of other travellers who no longer need them on eBay).

Australia also has a train system, but given its slowness and cost, we don't recommend using it. The main company is Australia Railways.

While slow, buses are a good alternative for some journeys. The main company is Greyhound. 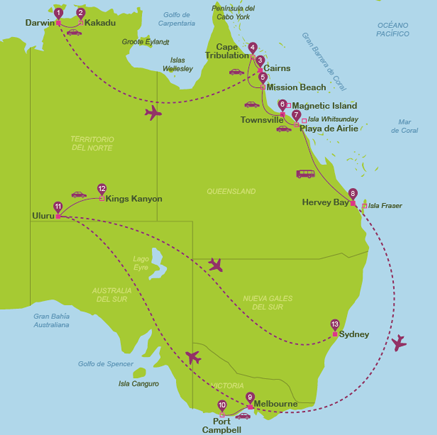 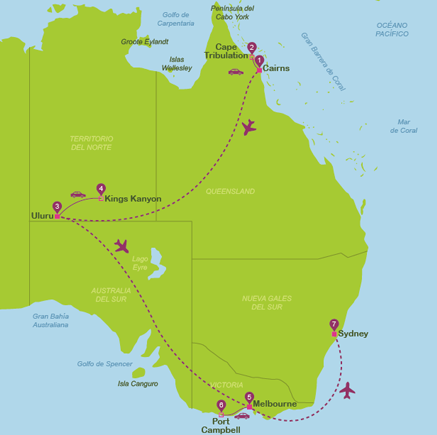 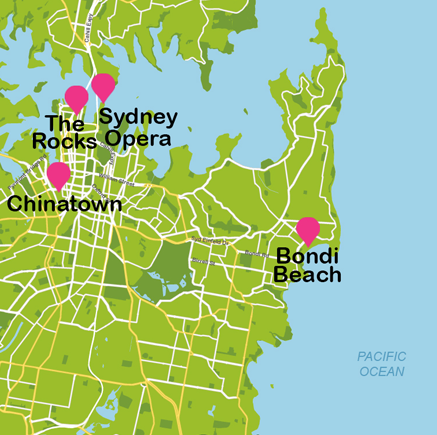 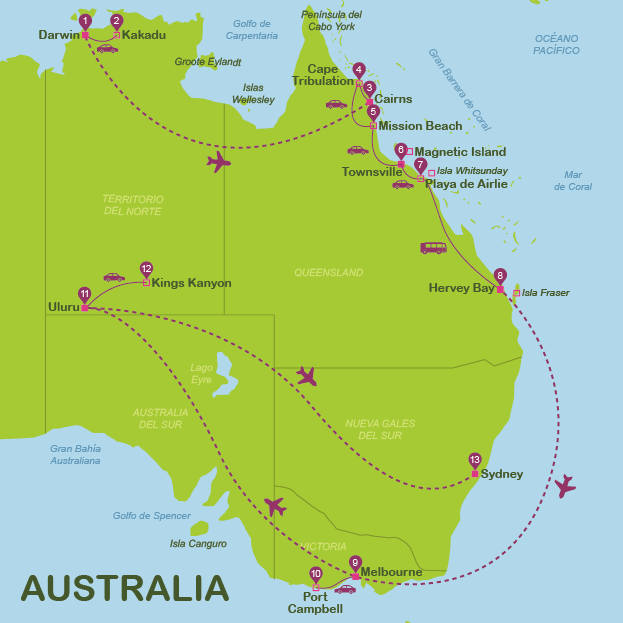